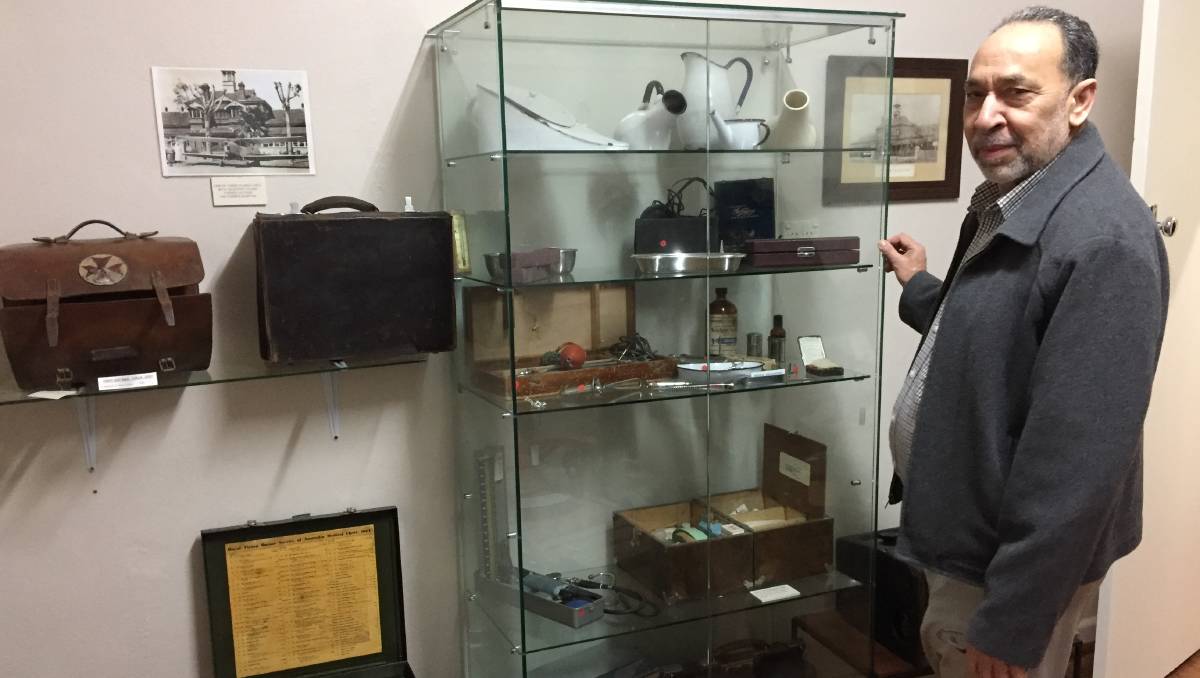 If you’re making a list of things to do after the lockdown, put a visit to the Cross Street Museum at Forbes and District Historical Society on it.

There are many dramatic changes that involve the creation of additional exhibition areas on the first floor of Osborne Hall.

During this process there were many exciting discoveries, not only with the building and its original structure from 1878, but also in the many objects that were donated to the museum and never exhibited before.

Forbes and District Historical Society was founded in 1948 by local businessman AJ Gunn and other like-minded Forbes residents and began with a small exhibit at the School of the Arts (now the Forbes Library) .

The meetings ceased in 1957 due to the ill health of Mr Gunn and it was not until 1963 that they were resumed thanks to the initiative of Dr JE Kelleher.

The collection quickly grew with the support of the community and more space was needed.

After intense fundraising efforts and with the help of City Council, Osborne Hall at Cross Street was purchased in 1968. The museum opened on April 27, 1970.

Dr. R Fox, the orthodontist, generously donated his rooms to the cause in 2014, which provided larger display areas for the collection and additional restrooms.

These four rooms, which are adjacent to Osborne Hall, were originally built by Dr. Edward C. Palmer as his consulting rooms.

One of the rooms now features the medical equipment that Forbes has used over the years.

The objects were discovered during the reorganization of the upstairs part of the building, originally a hotel accommodation later transformed into two separate living spaces.

Many machines were used in the 1950s by doctors at Forbes Hospital and in various consulting rooms, including doctors Kelleher, G Young (Flying Doctor), and IA Mclean (known as Dr Mac).

These articles would be a mystery to many of us, and the Forbes and District Historical Society (and the community) are indebted to Dr. Hemant who kindly shared his vast knowledge to help label them.

There are also many artefacts from the Forbes Ambulance Station, a dentist’s chair with equipment from Dr AG Harris, and many other items too many to mention, all with compelling stories to tell.

During the centenary of World War I, three of the rooms were occupied by exhibits from the war, as well as photographs and goods of the many men of Forbes who fought in the battles of Gallipoli, in the Middle East and in Europe. .

This exhibit has been reduced to a room with one of the remaining rooms now displaying WWII memorabilia and the other displaying childhood items such as toys, cots, strollers, books, etc. . which have been donated by generous members of the Forbes community over the years.

The Forbes and District Historical Society is located on Cross Street and, under normal circumstances, is open from 2 p.m. to 4 p.m. daily.

When the lockdown is lifted, they would love you to come and be inspired by these articles and the stories of people who reflect and contribute to the wonderful history of our city, Forbes.

Dr Hemant helped the Museum label and explain some of the incredible early medical equipment on display. Photo courtesy of Forbes and the District Historical Society.